As a disabled person who can “succeed” in an ableist world, I am offered a similar bargain.  Ableist ideologies and power structures now hail me as “valuable,” and encourage me to separate myself from other disabled people.   As I have learned to navigate my own disability, I sometimes “pass” as able-minded and able-bodied.  When I do, I find similar acceptance.  I’m able to access this privilege in part because my disabilities are invisible, but a wide variety of disabled people are offered the opportunity to be gatekeepers for other disabled people whose disabilities are perceived as “more severe” than our own.

In non-profit organizations and schools, disabled people with education and other privileges are recruited to work in programs designed to serve other disabled people, particularly those with intellectual disabilities.  Too often those programs are designed to provide “care” rather than collective liberation.  Neville’s story is an opportunity to examine those moments in our own lives – and these are moments many disabled people experience, whether we want to admit it or not.

Read the rest of this article on the Geeky Gimp!

I just published a new essay on Ruminate.  It’s about racism, family, and gardening.

“We eat the stalks, not the leaves,” he said, explaining that those big green leaves were poisonous. I was surprised that part of something could be good, full of vitamins and tasty enough to sit beside strawberries nestled underneath Grandma’s handmade pie crusts, while another part can kill. I have no better metaphor for being raised white in America.“

I hope you’ll check it out! 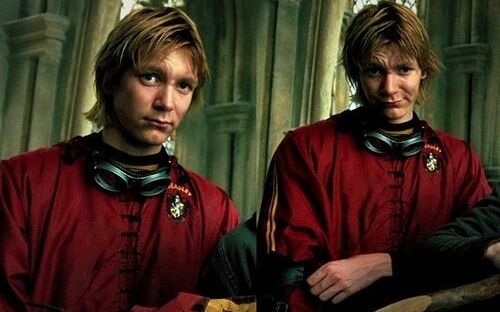 So, lately some Death Eaters have been in the news asking us to keep it civil.

[Umbridge says, “I’m sure we’re all going to be very good friends.]

I have a lot of questions about the political implications of civility, so I decided to interview two of the most accomplished activists in the wizarding world, Fred and George Weasley.

Fred and George, do you think a polite conversation is going to stop ICE raids?

How to you feel about Nancy Pelosi’s criticism of Maxine Waters’ calls for protests against Trump officials?

Seriously, Pelosi told Waters, a Black woman who survived Jim Crow, to be more polite because that’s what will make social change.

Yeah, people are saying that we should deal with babies locked up in cages, threats to voting rights, increased income inequality, the Muslim travel ban, a growing prison system, and daily police violence by being nice.

What’s your opinion of Maxine Waters’ idea that we should confront Trump officials whenever and wherever we see them?

What do you think about activists who have broken injust laws and raised their voices, even when people criticized them for being rude?

And what are you personally doing in response to Death Eater-In-Chief Donald Trump’s immigration policies?

[Fred and George say, “I solemnly swear that I am up to no good.”]

So, you’re engaging in direct action?  Trying to stop injustices as they happen?

Have you heard about the national day of action against immigrant detention on June 30th?  There will be demonstrations all over the United States.

What do you want to say to everyone who has been speaking and acting against Trump’s immigration policies and other hateful actions?

[Two images of Fred and George clapping and cheering]

In closing, is being polite ever more important than standing up for justice?

Last, what do you hope will happen to Trump officials and anyone else who colludes with them?

[Fred and George fly on brooms through their fireworks and high-five.]

Me too, boys.  Thanks for your time!

I make something every Friday and this week’s is particularly silly: a Wizard Wrock song about hexing fascists.  Enjoy!

I’m not gonna lie, I’ve been a little discouraged over this last week.  That why for this week’s recommendation, I picked a movement that gives me a lot of hope: #NoCopAcademy.  #NoCopAcademy opposes the construction of a $95 million dollar police academy on Chicago’s Southside.  This campaign is being waged by savvy, courageous organizers, led by young Black people.  I think it can win and that you should get involved.  Here’s how:

Learn more about the campaign.

The #NoCopAcademy campaign is an effort supported by community organizations across Chicago, that want to see $95 million invested in our communities rather than police training grounds. From the statement of opposition:

Chicago already spends $1.5 billion on police every year—that’s $4 million every single day. We spend 300% more on the CPD as a city than we do on the Departments of Public Health, family and support services, transportation, and planning and development (which handles affordable housing). This plan is being praised as a development opportunity to help local residents around the proposed site, but when Rahm closed 50 schools in 2013, six were in this neighborhood. The message is clear: Rahm supports schools and resources for cops, not for Black and Brown kids.

We demand a redirecting of this $95 million into Chicago’s most marginalized communities instead. Real community safety comes from fully-funded schools and mental health centers, robust after-school and job- training programs, and social and economic justice. We want investment in our communities, not expanded resources for police.

Check out one of their amazing protests

Contact your alderman and tell them that want investment in education, not policing.  You can get their contact information here.

Get caught up with the latest news about the campaign.  You can read about what went down at City Hall recently and hear from one of the lawyers associated with the campaign.

Follow #NoCopAcademy on social media, so you’re ready to act when they ask for your support.