My debut picture book Sylvia and Marsha Start A Revolution, the true story of two transgender women of color whose friendship made history, is forthcoming from Jessica Kingsley Press in November of 2020.

My fiction and creative nonfiction has appeared online in the Baltimore Review, Lunch Ticket, Story Club Magazine, and many other places. My essay “Grandpa’s Tie” appears in Closet Cases: Queers on What We Wear and you can listen to me read it here.

I am the author of a biweekly opinion column focused on LGBT topics called Rainbow Rant for Columbus Alive.  I’ve covered a wide range of local issues and events including the 50th anniversary of the Stonewall Riots, gay inc., and the International Masculine Gender Spectacular. You can read my latest every other Tuesday.

I share my ongoing research through my public history blog If We Knew Trans History. My first academic article “The Afterward: Sylvia Rivera and Marsha P. Johnson in the Medieval Imaginary” was published by Medieval Feminist Forum. I have published book chapters in Headcase: LGBTQ Writers & Artists on Mental Health and Wellness and in Time Lords and Tribbles, Winchesters and Muggles. My forthcoming scholarship on Prince and transgender history will be published in Prince and Popular Music: Critical Perspectives on an Interdisciplinary Life and Prince from Minneapolis (University of Minnesota Press).

Finally, you’ll find me reading poetry almost every week at Writer’s Block and the Uptown Poetry Slam. My first chap book is entitled After You Leave the Bar.

Some of my previous work is below. Enjoy!

That donkey is going to poop on the floor,” I say accusingly. My parents don’t answer. They have been ignoring me for days now. Since I arrived home for the holidays, I have been regressing. I am undergoing a metamorphosis. I am changing from an adult human being into a teenage cockroach. I feel strange, … END_OF_DOCUMENT_TOKEN_TO_BE_REPLACED 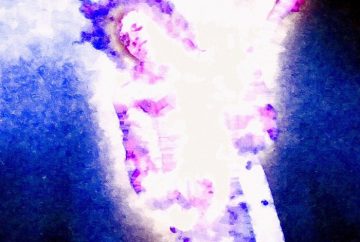 You started it. Last Thursday. Under the stairway next to the cafeteria door, there was a spot where the cameras don’t reach. The security guard was probably staring at a freshmen girl’s butt. You must have slipped right past him. I noticed it on my way to the bathroom. When I walked by, the security … END_OF_DOCUMENT_TOKEN_TO_BE_REPLACED

The subway. The el. The train. Chicagoans have so many words for our public transportation system. Most of those words are four letters long and hurled at bus drivers pulling away from the curb a moment too soon. Complaining about the Chicago Transit Authority is the city’s favorite pastime—surpassing our love of back porch cookouts, … END_OF_DOCUMENT_TOKEN_TO_BE_REPLACED

Sitti’s food is delicious, but her hands pay the price. My father complains that he suffers too. “Mama, stop cooking,” he whines. “I don’t have time to drive you to the hospital.” Sitti laughs. “I have my hospital right here,” she says, shaking the box of band-aids she keeps by the stove. The rest of … END_OF_DOCUMENT_TOKEN_TO_BE_REPLACED

Send one of your five sons out into the night to turn on the generator. Wait for its whir to wake the village. Strike a match and light the largest burner on the gas stove. Fill the gallon teapot to the brim. While the water simmers, reach for the canister of herbs. It is autumn, … END_OF_DOCUMENT_TOKEN_TO_BE_REPLACED

“This is J.M.,” my boss told my colleagues.  “They,” he paused meaningfully, “will be the new program coordinator.  They’s office is just down the hall.”  I watched, eyes wide, as he struggled to speak his native language.  “You should feel free to drop by and say hello to they.” I realized that I would have … END_OF_DOCUMENT_TOKEN_TO_BE_REPLACED 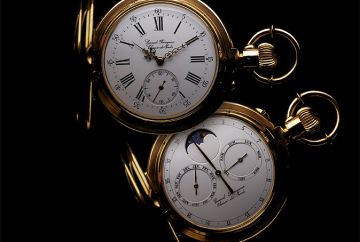 But I cannot say that I was “born this way,” because I was born this way and many others. I dare not argue that my gender is valid because is has always been this way, because I know that I will likely continue to transform in the future. So, I say this: growing up, I … END_OF_DOCUMENT_TOKEN_TO_BE_REPLACED

When we discuss the dangers of censorship, we usually talk about the importance of ideas and their free circulation. We would be wise to consider also the dangers censorship poses to the body. Restricting intellectual freedom is a means for oppressing communities – for justifying incarceration, for preventing education, for destroying networks, and for thwarting … END_OF_DOCUMENT_TOKEN_TO_BE_REPLACED

When I met Neville Longbottom in the pages of J.K. Rowling’s first Harry Potter book, I recognized him right away.   Neville couldn’t remember the password to Gryffindor tower or much of anything else.  He tripped over his feet.  His teachers yelled at him to try harder, but all his efforts seemed to be worthless.  His … END_OF_DOCUMENT_TOKEN_TO_BE_REPLACED

“I have learned to distrust my reflex to be nice, but I am carrying my heritage of tomatoes with me. While the pundits and the pedants debate taking down confederate statues, casting it as a tricky dichotomy between heritage and hate, I’m wrestling with a much harder question.” Read the rest on Ruminate.

When it comes to who should replace Matt Smith as the next star of the TV show Doctor Who, many fans are hoping for one thing: anyone but another white guy…But while we wait to meet the new incarnation of this beloved sci-fi character, fans should turn their attention to racial and gender representation in … END_OF_DOCUMENT_TOKEN_TO_BE_REPLACED

It is hard to imagine a better narrator for this graphic novel than the critically-acclaimed curmudgeon of comics, Harvey Pekar. Through his series of autobiographical comics titled American Splendor, Pekar defined the graphic memoir genre.  In Not the Israel my Parents Promised Me, Pekar speaks with the brutal honesty that characterizes all of his work. … END_OF_DOCUMENT_TOKEN_TO_BE_REPLACED 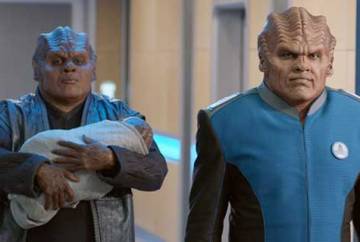 In case you missed it – or were trying to avoid it – The Orville is a new thinly-veiled Star Trek spoof created by (and starring) Seth MacFarlane. Yes, the creator of Family Guy is writing sci-fi.  At first, I thought the show was what I feared: it’s a little like your least favorite fan … END_OF_DOCUMENT_TOKEN_TO_BE_REPLACED

In the South Hebron Hills, Palestinians face Israeli soldiers and violent Israeli settlers who are illegally expanding their settlements and attacking Palestinians, including children walking to school. In response to this profound injustice, Palestinians are organizing demonstrations, refusing to comply with military orders, filing complaints against settlers, and courageously working their land despite the risk … END_OF_DOCUMENT_TOKEN_TO_BE_REPLACED

“Momma, when I’m big will I go to jail like Daddy?”  That was little Adam’s question for his mother when I came to visit their house, just before leaving the village of al-Tuwani for a brief trip home to the United States. Adam is three years old. His mother tells me that he wants his father … END_OF_DOCUMENT_TOKEN_TO_BE_REPLACED

On 7 January 2010, something happened that changed irrevocably the way I see the world. That day, my friend Musab Raba’i was tortured by the Israeli military. When I heard that Israeli Sergeant Benjamin Anthony would be speaking at DePaul University in Chicago yesterday, I had one question for him: why? Read “Asking Israel Why … END_OF_DOCUMENT_TOKEN_TO_BE_REPLACED

We didn’t want anything fancy. All we wanted was a pair of computer speakers we could use to play music during parties. That’s why I rolled my eyes when my roommate’s dad showed up with a record player. ‘What on earth are are we going to do with that?’ I wondered. Read High Fidelity: Five … END_OF_DOCUMENT_TOKEN_TO_BE_REPLACED

If Obama is to offer any hope to villages like At-Tuwani, he will need to demand that Israel stops its settlement expansion, takes legal action against settlers who attack Palestinians, and recognizes the equal rights of Palestinians as individuals and as a nation. Unfortunately, in his recent speeches Obama did just the opposite. Read more … END_OF_DOCUMENT_TOKEN_TO_BE_REPLACED 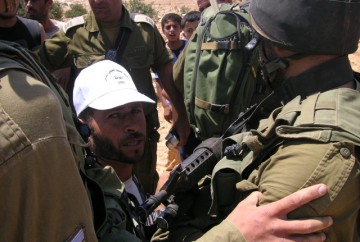 “Nasser says hello,” the woman said as she stood in my doorway and smiled. I was barely able to choke out, “Say hello to him too.” Nasser, the woman’s husband, was in prison. He was arrested on 20 July during a peaceful demonstration in his West Bank village of At-Tuwani. He did nothing wrong, nothing … END_OF_DOCUMENT_TOKEN_TO_BE_REPLACED