This is in edited version of the talk I gave at the Prince from Minneapolis conference.  Some of the juiciest details are left out, as I’m not yet ready to publish them, but you can find a complete version on Patreon.  Thanks, patrons!

Movie poster for Under the Cherry Moon

Under the Cherry Moon has been much maligned and I would like to offer a theory as to why.  Prince’s 1987 film is full of references that white audiences and cisgender, straight audiences had little way of understanding.  De Angela Duff calls Under the Cherry Moon “Prince at his most authentic self.”  I contend part of this authentic self was not only unapologetic Blackness, but also a queer and transgender aesthetic.

To me, as a nonbinary transgender person, Under the Cherry Moon is a potent example of Prince’s invocation of Black queer/trans cultural forms.  In Under the Cherry Moon, Prince portrays Christopher Tracy, a suave, feminine Black man living in France with his delightfully campy roommate Tricky.

Tracy serves us looks that conjure the glamour of Josephine Baker.

Tracy at the piano

He falls into Tricky’s arms. 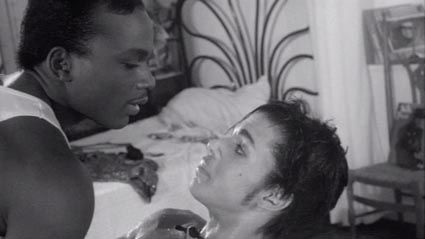 He lets out queen-y shrieks.

He shops for his feminine clothing at a store named Diva.  Tricky tells Tracy, “Girl I loved you for years” and later proclaims, “I’m my own man, just like Liberace!”

Tricky leans towards Tracy, takes off his sunglasses, and says “Girl, I’ve love you for years.”

Tracy breaks up a boring party attended by rich white people by dancing on top of a piano.  He then runs from the police, who are constantly following Tricky and Tracy, right up to the film’s tragic ending.  I’m telling you, this is a queer/trans camp classic.

Prince on top of the piano

The cover of Under the Cherry Moon’s accompanying album Parade shows Prince with thick eyeliner ringing his wide eyes and his hands raised to frame his face.  His expression and the position of his hands imitate the vogue dance moves created by the drag queens and trans women who participate in ball culture.  Ball culture is a Black and Lantix queer and trans cultural space, characterized by social networks called houses and competitions in which participants walk a runway. It’s an art form with roots that are older than one might expect, stretching back to the 1940s.  In Under the Cherry Moon, Prince presents a tone-downed version of voguing when he dances on the top of that piano.  Prince vogues again as the credits roll over the song “Mountains.”

I’m not saying that Prince vogues well, but he vogue he does.

Parade cover art.  Not only is Prince vogueing, he’s wearing a crop top.

What we see in Prince’s art work tells us more about ourselves than him.  Under the Cherry Moon was undoubtedly shaped by a multiplicity of inspirations.  Prince’s co-star Jerome Benton has said that many of the film’s jokes were pulled from real life – and I do not contest that was the film’s primary inspiration.  We can only speculate on whether Prince was aware of the ways that his film echoed Black transgender aesthetics.  Since Black transgender women have long influenced mainstream culture without acknowledgement, Prince likely did not know where some of his favorite dance moves came from.  What we know for sure is this: there is something about Prince that calls to us as trans people.

Prince has long been important to transgender people, especially at times when he was one of the only gender non-conforming figures in popular culture.  Andrea Jenkins, a Prince fan who recently became the first Black trans woman on the Minneapolis city council, said of Prince’s relationship to the trans community, “He opened up a whole lot of space for people.”  Today, I will talk about how the transgender movement in Minneapolis opened up space for Prince, making it possible for a Black man who did his own eyeliner to become a legend and a hometown favorite.  I hope to inspire scholars and fans to consider the ways that transgender history shaped not only Prince’s career, but our broader culture as well.  Let’s begin.

Once upon a time, not in France, but in Minneapolis, there lived a gender expansive boy named Prince Rogers Nelson. Prince was born in 1958, during an era of transgender history marked by tough street queens, drag balls, and jail cells.  At that time, living as a transgender person made it nearly impossible to find legal work in most US cities. Many transgender people, especially trans women of color, lived on the streets.  Some, like Tricky and Tracy, hustled to survive.  Many, like Tricky and Tracy, created their own glamor out of limited resources.  Many were arrested for crimes related to their poverty, like loitering, sex work, and petty theft.  They also were criminalized by local laws against cross-dressing.  In response to this reality, trans people organized.  They created underground social networks, lobbied doctors for medical care, and used the media to gain visibility.  They also defended themselves physically.  Transgender people fought back against police violence in riots in LA in 1959, in San Francisco in 1966, and of course in 1969 at the Stonewall Riots in New York City, which started the modern LGBT rights movement.  In 1972, trans women and drag queens in Minneapolis defended themselves in what became known as the High Heel Riot.  A group of drunk teenagers chucked a brick through the window of a queer and trans club on Hennepin Avenue called the Sandbox.  According to one version of the story, trans women and drag queens chased after the teenagers’ car.  When they caught it, the queens took off their high heels and used them to damage the car before allowing the teenagers to leave (Steward Van Cleve 108-109).

It was also in Minneapolis where the trans movement won its first major civil rights victory.  In 1975, when Prince was 17, Minneapolis passed the first trans-inclusive non-discrimination ordnance in the United States.  The law banned discrimination based on “having or projecting a self-image not associated with one’s biological maleness or one’s biological femaleness”(Margolin).  No other city would manage this for decades and Prince was most assuredly a beneficiary of this landmark civil rights measure.  Without it, he might not have been able to adopt the feminine expression that became a part of his appeal

Prince rooted himself in the tradition of flamboyant Black male artists, like Sly Stone and James Brown, and in the style of Black divas.  The cover of Prince’s 1979 self-titled album is strikingly similar to Donna Summer’s 1977 album Once Upon a Time.  In a chat we had this summer, local LGBT historian Stewart Van Cleve posed this question: was Prince patterning himself after Donna Summer herself or after a Black drag artist performing Donna Summer?  If Prince ever snuck into the Sandbox or went to Club, an after-hours youth center supported by local gay liberation organization FREE, he could have easily watched trans women and drag queens lip syncing to the disco diva. 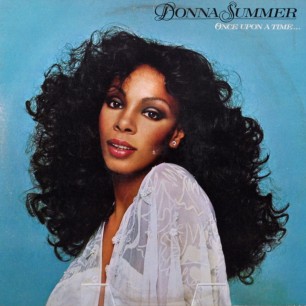 Prince and Donna Summer’s albums side by side.

Prince’s love symbol, the glyph with which he replaced his name, has its roots in the iconography of transgender history.  In 1984, Prince incorporated into his film Purple Rain a combination of the Mars and Venus symbols.  LGBT publications have use the Mars and Venus signs in movement artwork since the 1960s.  In 1993, Prince took the love symbol #2 as his name.  His decision to adopt a variation on a transgender symbol as his name is an action that feels very familiar to me – and also one that highlights the differences between us.  It is common for trans people to choose our own names to represent our sense of self and our gender.  Prince’s decision to do so was begrudgingly respected.  Ours are not.  Further, Our names are not unpronounceable glyphs.  These are some of the names of Minneapolis transgender history:

These names are simple, but cisgender people can’t seem to find a way to say them or remember the lives they represent.  Prince was respected and celebrated for a type of gender expression that gets trans people murdered all over this country, including in Minneapolis.  In that regard, whatever affinity trans people may feel with Prince and no matter how much he embraced a feminine androgyny, he was very different from our community.

I’ve struggled to find a way to end this talk, so let me go back to Under the Cherry Moon.  When we put on our purple glasses, the queer and trans subtext of Under the Cherry Moon is right there for all to see.  We need to keep those purple glasses on.  I’d like to challenge scholars, activists, and fans to assume that trans people, especially Black trans women and nonbinary femmes, are relevant to whatever you are studying or organizing.  And to the trans people reading this, I leave you the words of Mountains, the final song on Under the Cherry Moon: “Love will conquer if you just believe.”

Prince and Jerome dance to Mountains

Like learning about trans history?  Support this project on Patreon! 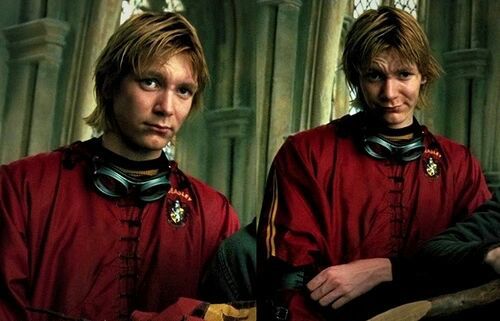